creative refuge in maria luisa mine 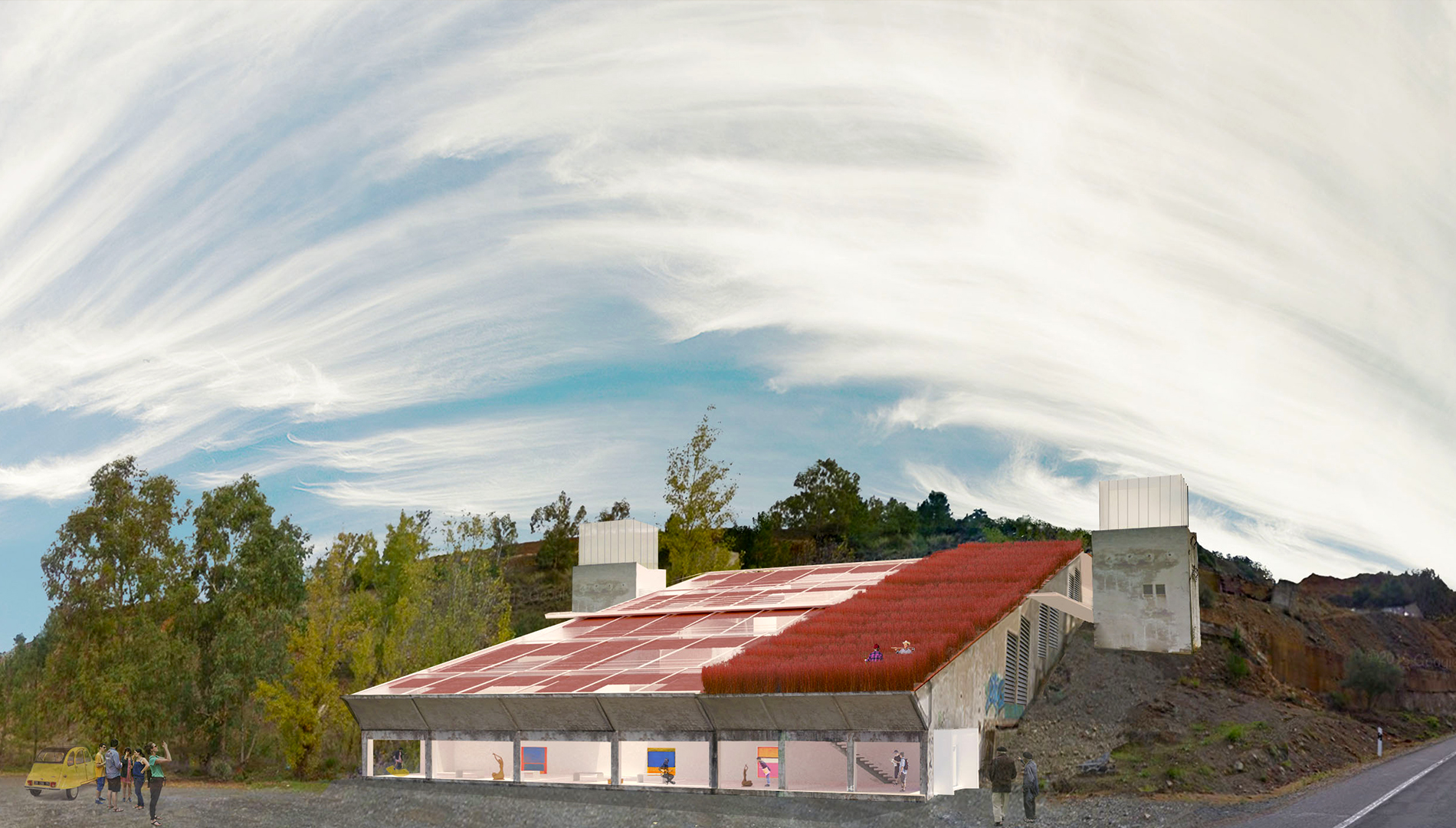 creative refuge in maria luisa mine

The Sierra de Aracena counts with a valuable industrial heritage from the XIXth and XXth centuries, although its state is one of frank abandonment. The sad fate of these buildings is intimately linked to their purpose, once their economic life is over only the inexorable passage of time awaits them. Its preservation requires an inclusive conception that overflows the boundaries of conservationism.

Returning these buildings to a real and sustainable use in time not only stops their decline, safeguarding an indispensable chapter, but also restores its original function: the generation of wealth. For this reason, when facing the challenge posed by the Inspiration Hotel competition we did not hesitate to choose such an emblematic industrial building of the Sierra as the setting of the proposal. We were determined by a professional and personal commitment with refurbishing, which is today more a duty than an option.

It did not take long to choose this location, a place as unknown as it is fascinating. Anyone travelling on the road to Badajoz, just before arriving at La Nava, might have felt the same strangeness whe,n for the first time, after crossing a mountain, stumbles without warning with this strange artifact, perched on the hillside as it came from another place, another time.

It is the Mina María Luisa, once a bustling center for the exploitation of copper and iron. When the extraction ceased to be profitable the fate of the building was sealed. It was abandoned overnight, it is said that the floors were wallpapered with the blueprints that the technicians left behind. The complex suffers from the added stigma of belonging to a period, the second half of the XXth century, usually underappreciated. But whoever takes some time to study its architecture will soon recognize the merits of an atypical building.

The photographs of its heydays, generously provided by the Lieva Association, take us back to facilities with the sizeof a village dimensions, much larger than the ruin itself suggested. Time and the construction of the new road significantly reduced the complex, which barely preserves its walls, pillars and part of the roof. The main construction, strong, humble, not yet defeated, along with the two towers that flank it, are a perennial witness to times of greater splendor.

The building, built on the hillside next to the riverbed of the Múrtiga, orients its views to the depth of the valley populated by riverside forests. Due to its configuration and location, the ruin was ideal to host the creative refuge for artists that the Inspiration Hotel competition invited to imagine. Despite being subject to spatial restrictions, any doubts were dissipated with the progress of the proposal. In a natural way, as the building revealed itself, it began to point out the keys for the intervention. As moved by a basket in the hands of the wicker, the pieces find their shelter among the guides of the building. Each space seemed to implicitly contain the form, dimension and character that was expected by the competition program. 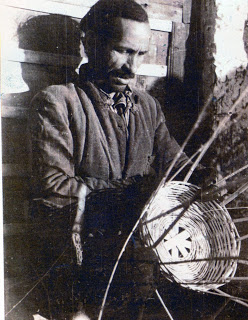 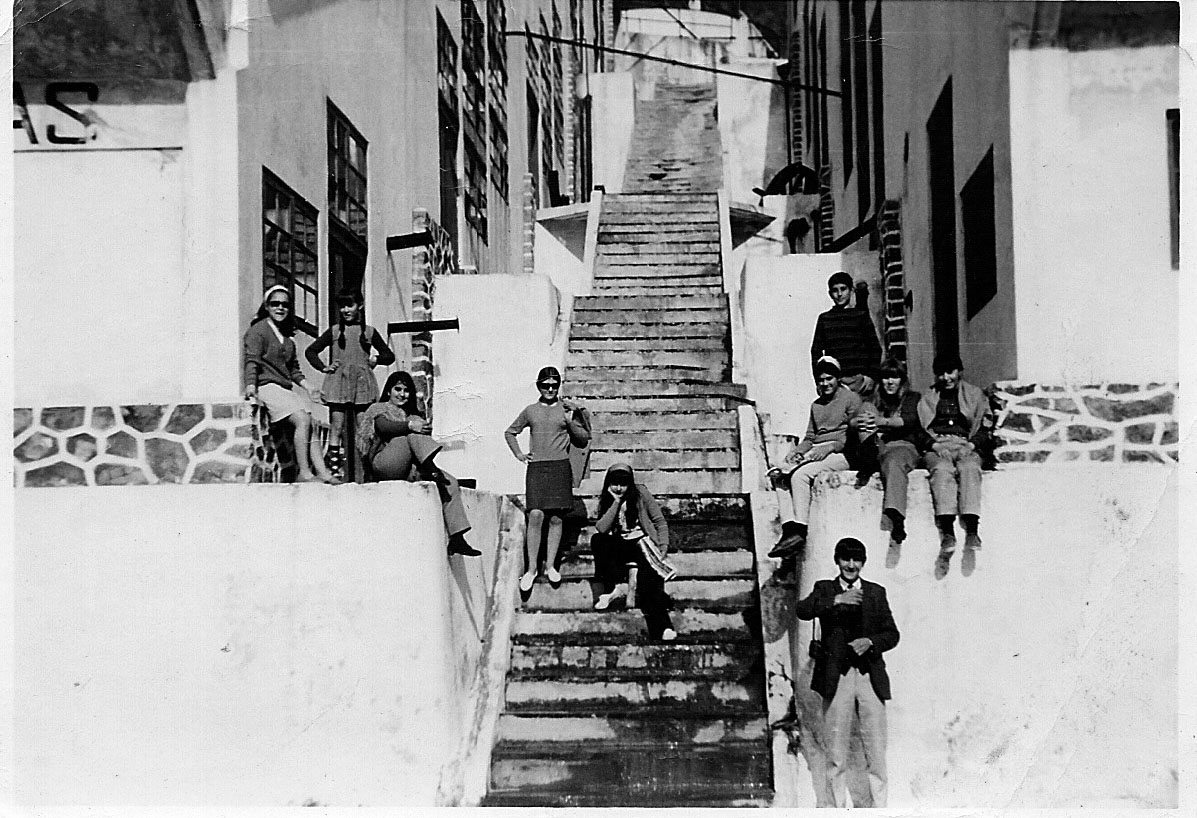 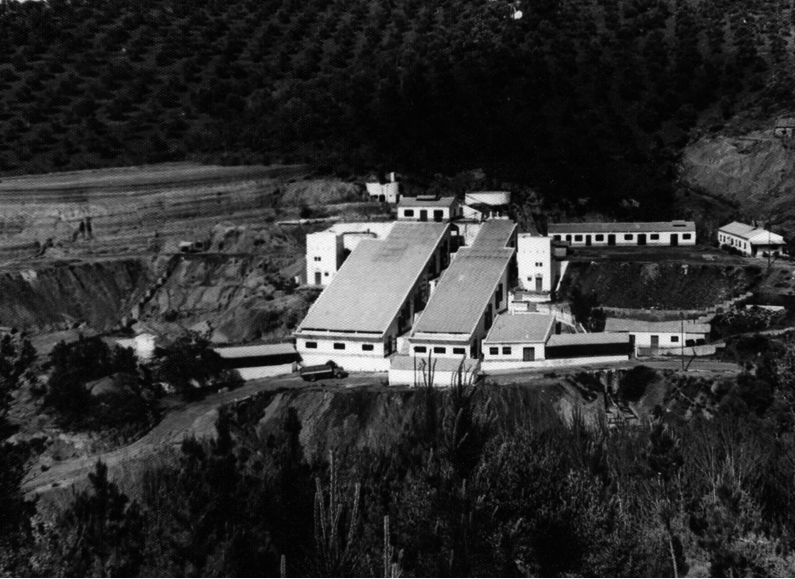 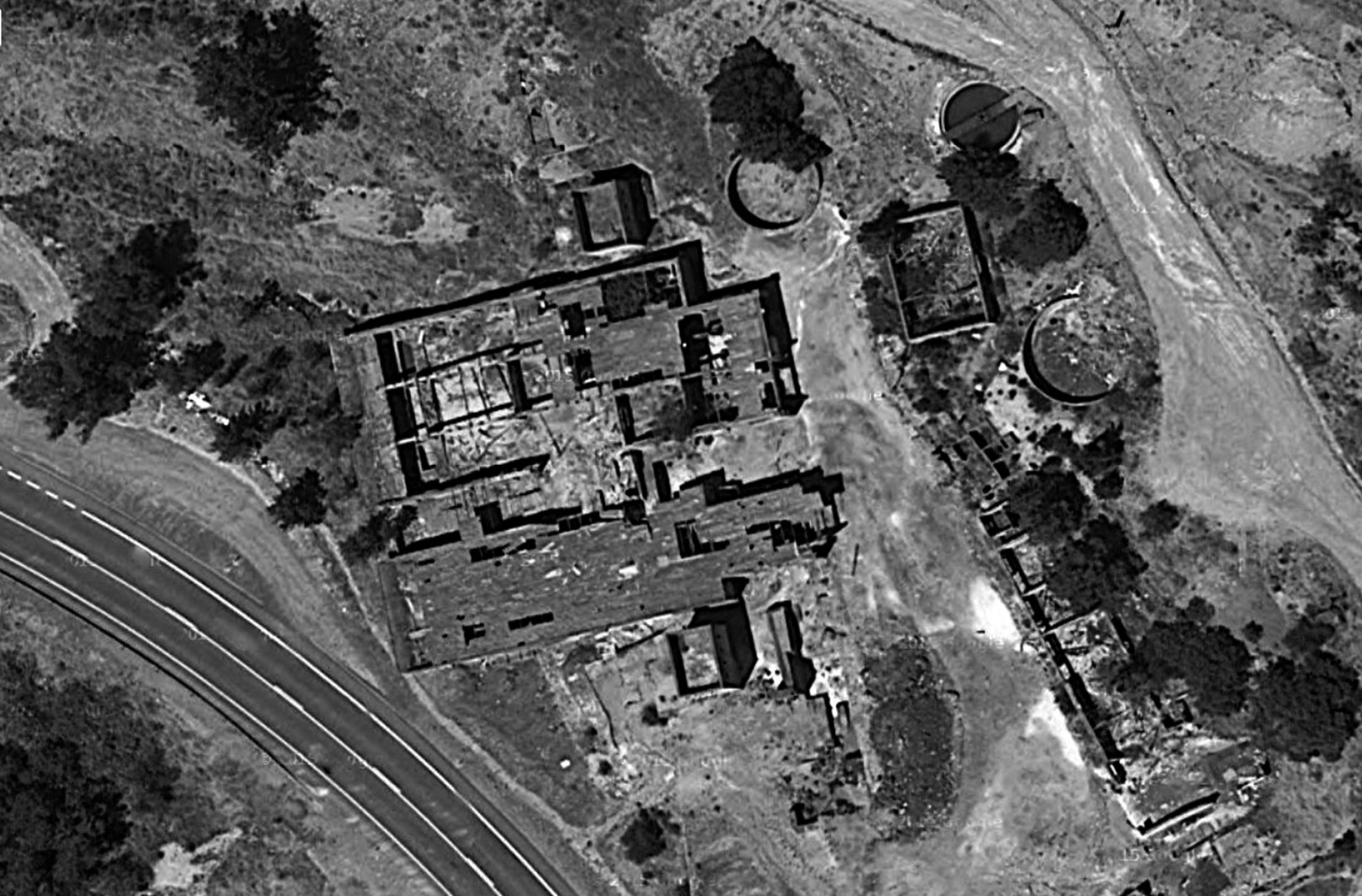 Tackling a proposal for the ambition of Free Mimbres invited to act from simple organizational schemes. In this way the project is explained in just three keys. The first is in the piling of the pieces or wickers as in stairs, thus mounted on top of each other in orientation towards the valley. The second is the division into two naves, the smaller, with a splendid original concrete portico, seems ideal to allocate all the community spaces, in a continuum that extends all accross the facilities. The studios, in which the artists reside, occupy the space of the main nave and the old central staircase. Faced with a more regular layout, each studio is given its own character according to its inhabitants: the plastic artists will have the most bright, the musicians the most spacious and the writers the most conducive to introspection. Its grouping produces patios and terraces overlooking the valley, lending a new additional level for spontaneous socialization. The third of the keys is the turrets, which are reserved for the most inward looking spaces. To the south we place the library, it counts with a small screening room and a reading room in the upper floors. To the north, the room of silence, a sequence lightful and shaded spaces that invites to abstraction.

Recovering the life of a building also offers the opportunity to resume lost lifestyles from a new perspective. The proximity of the banks of the Múrtiga, where wicker can be cultivated, offers the possibility of resuming the noble popular trade of basketry, which in association with the inventive spirit of visiting artists and designers opens a window for creative interaction. As a result unique pieces and others for everyday use (lamps, furniture, household objects…) can be manufactured here. The synergy resulting from the reinvention of a place and a livelihood, supported by good management and quality products, offers a viable and much-needed future in the face of the important challenges of depopulation.

Today, the connections between design and popular craftsmanship are paying off, being the subject of international recognition for its social relevance and commitment to fair trade. The imprint of this conviction is marked in the building, to the point that the roof itself is an extension of the wicker cultivation. Its colorful harvests, of crimson ochres, not only distinguish the naves in the distance, but also turn the organic roof into a living and productive space. On the other hand, the excellent accessibility of the building, allows the resulting products to be easily exhibited in the glazed gallery of the lower level.

The above is not a theoretical exercise, there is nothing in it that is not feasible. The scheme proposed here is a perfectly exportable and scale-adjustable example of what could be achieved if administrations, private initiative and our splendid heritage were put at the service of a social function. One that is sensitive to tradition, avant-garde, economy with values and culture. 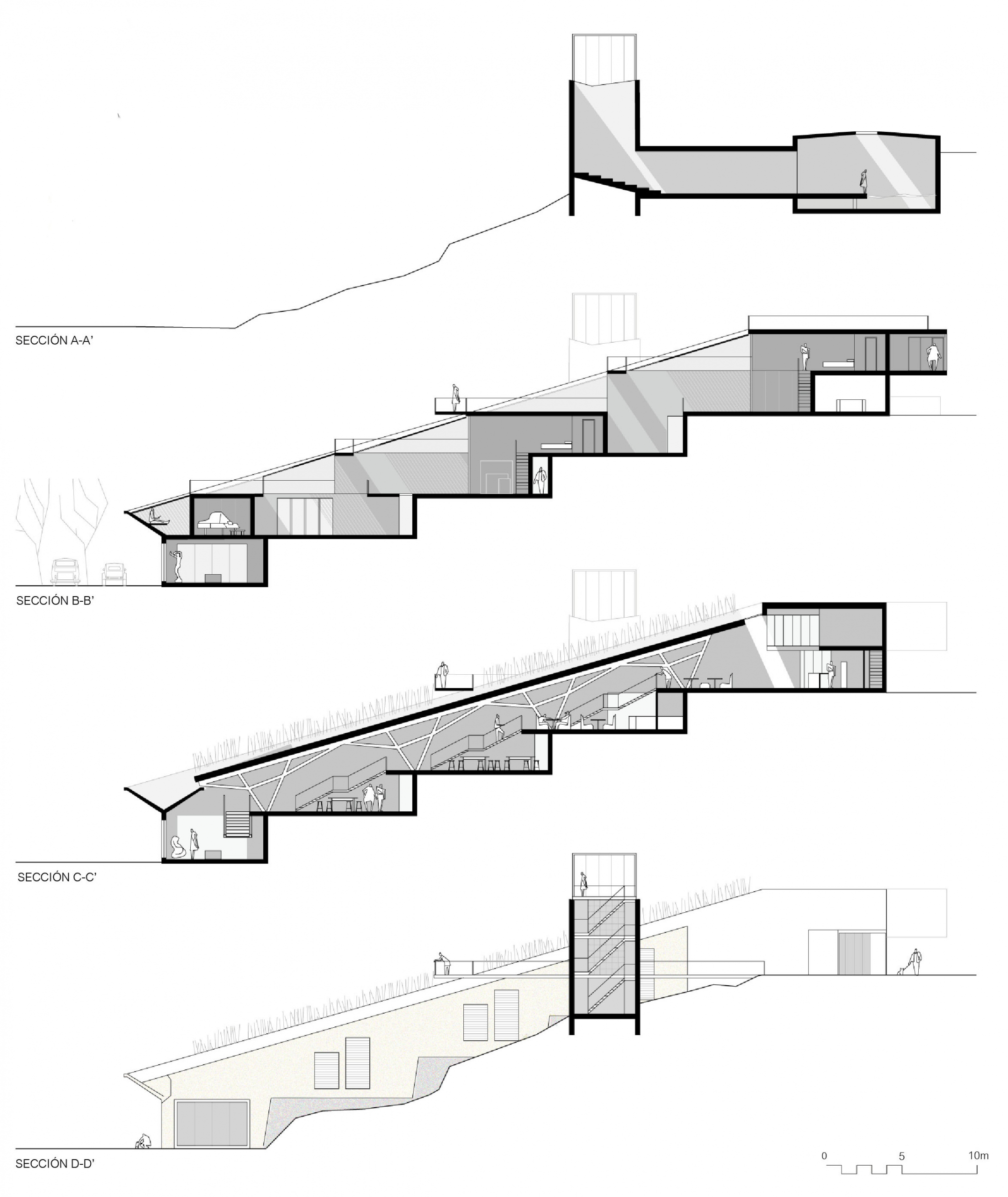 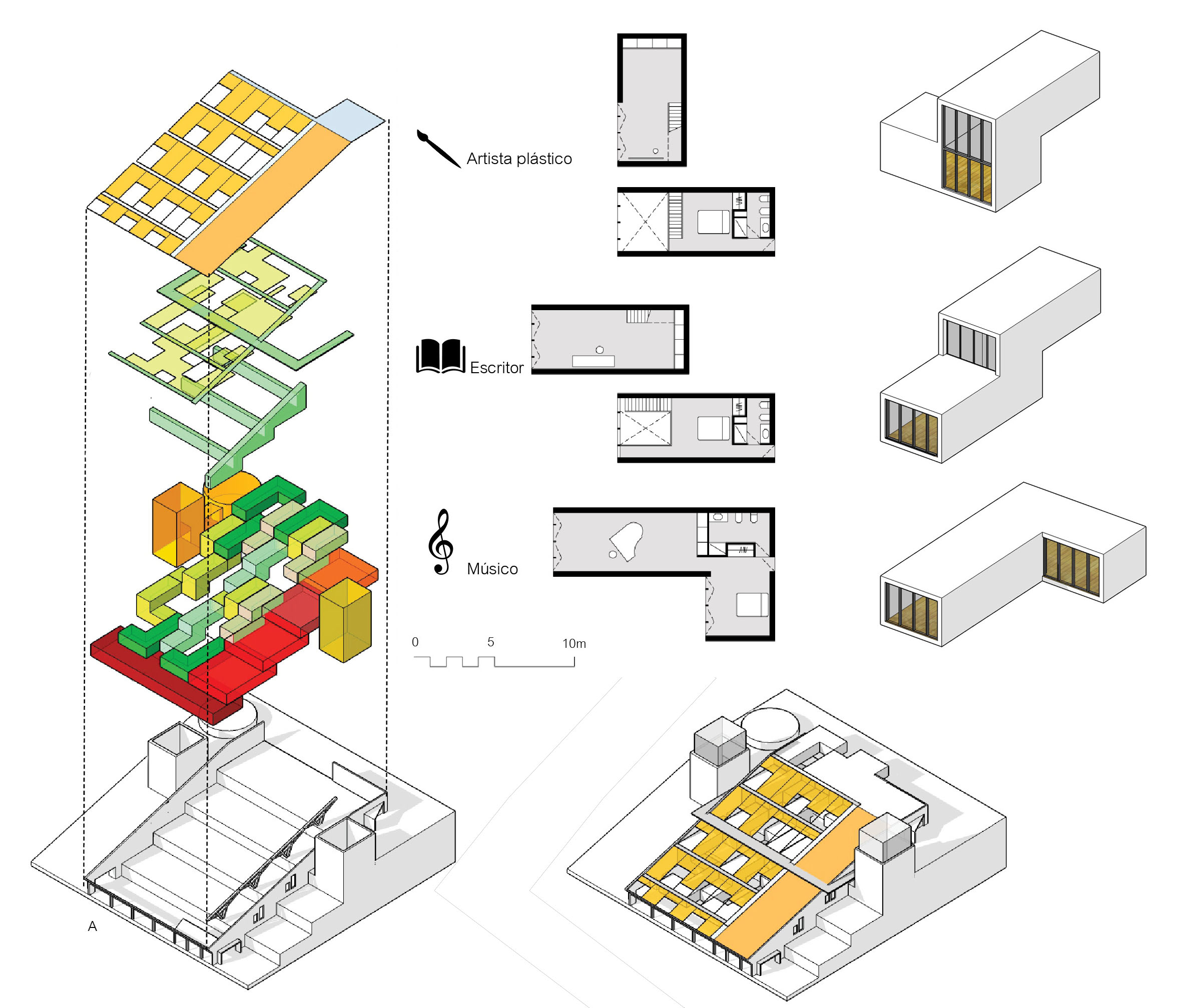