The need for rehabilitation, understood as the best solution to the current problems in construction, leads to rethink of the elementary housing unit: the apartment. It is necessary to begin by addressing that physical and functional obsolescence makes clear its invalidity as a model for the relational framework of our time.

As a result of these concerns, we address the theoretical reform of this Sevillian apartment. Although built in the historical center, this building with clear regionalist influences is not too different in its scheme to more modern social housing. Its quartered space was a good starting point to test design concepts. The markedly longitudinal configuration invites to recover the main value of the houses of this period: their amplitude.

The demolition of the partitions respects the original flooring, leaving the traces of the walls marked. Doing so we rediscover the horizontal plane. Both, the cement tiles and the slabs of Catalan vault gain a new prominence. This gesture, as simple as it is transcendent, completely reverses the previous habitat model. What used to be, corridor and latch is now a structuring space in the centrality of the home, adaptive and multi-functional, a kind of private public square.

This longitudinal axis, is traversed by another one starting from the most intimate spaces oriented towards the depth of the street. The distinction between public and private spheres rests on the wall structure, which is emphasized aesthetically and functionally as a ‘hinge’ of the home. The prominence of the imaginary cross, as well as the opening of routes outside the traditional hierarchies, serve as a counterweight to this marked central divide.

The opening of spaces allows the entrance of opposite light through balconies and patios, in some cases sifted, as in the dressing room of the master bedroom. Light demands color, which appears as controlled bursts of effusiveness, serving as a balance to a generally neutral background. Color acts here as a living handle, as a point of support that makes the home more familiar, providing necessary happiness. 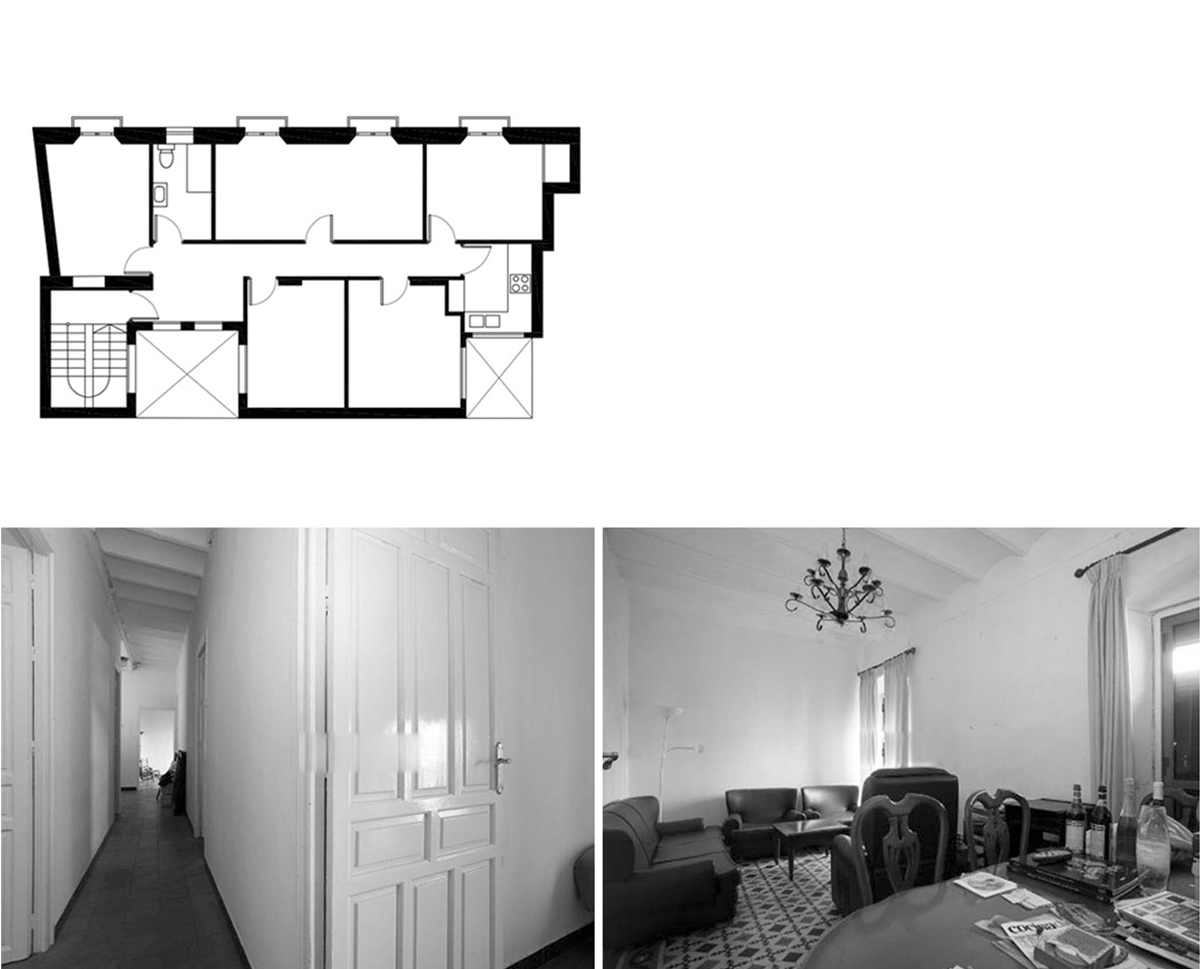 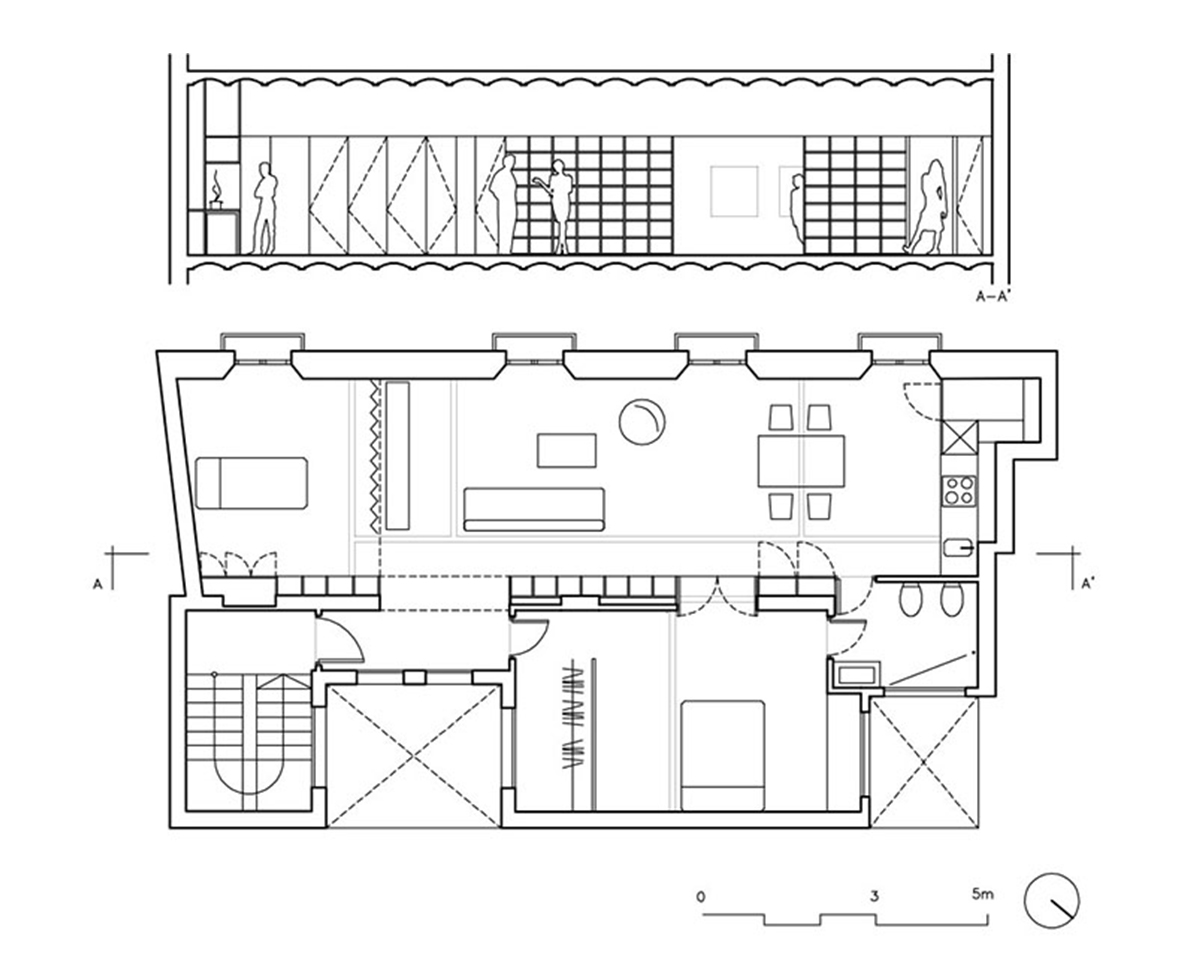 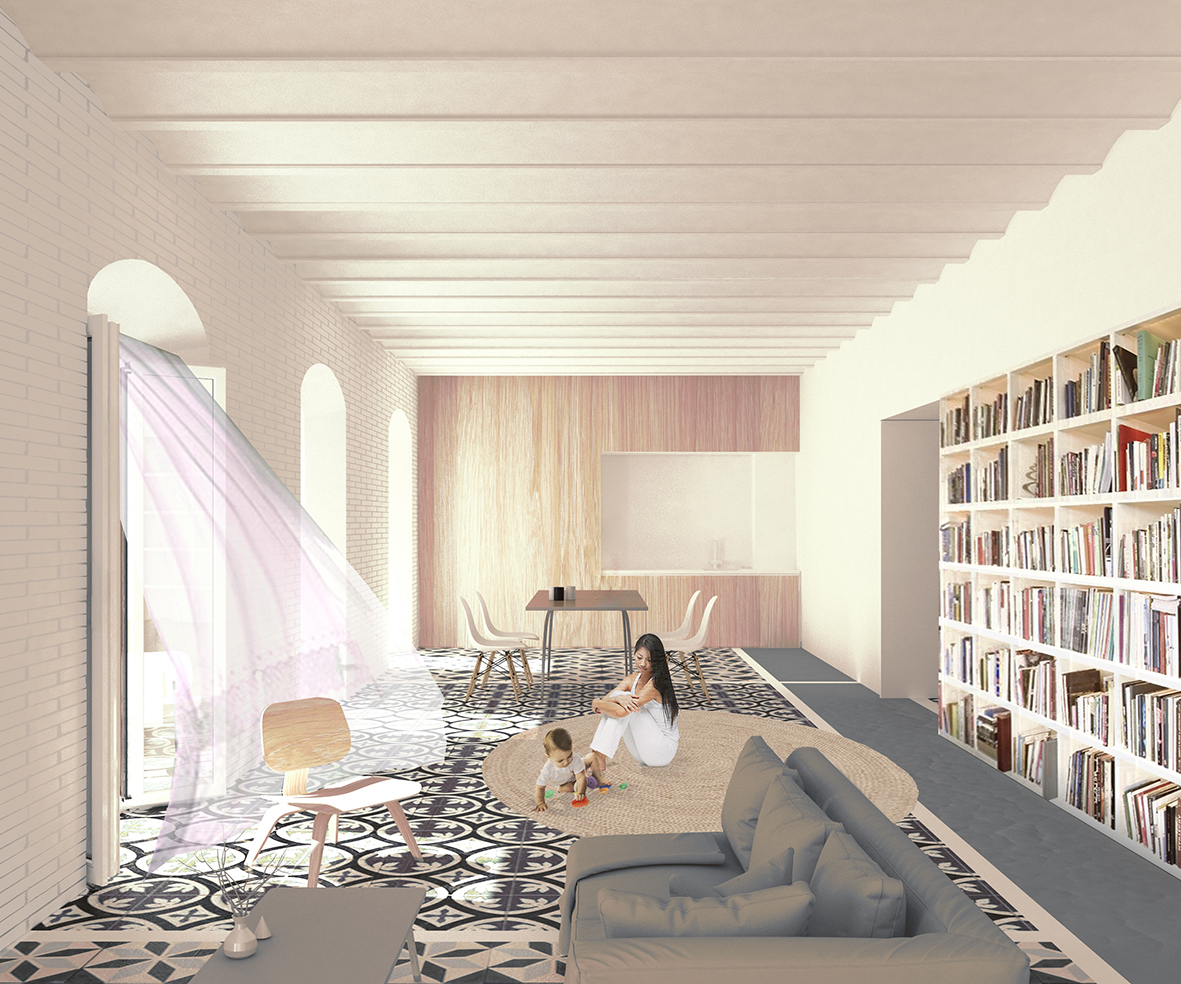 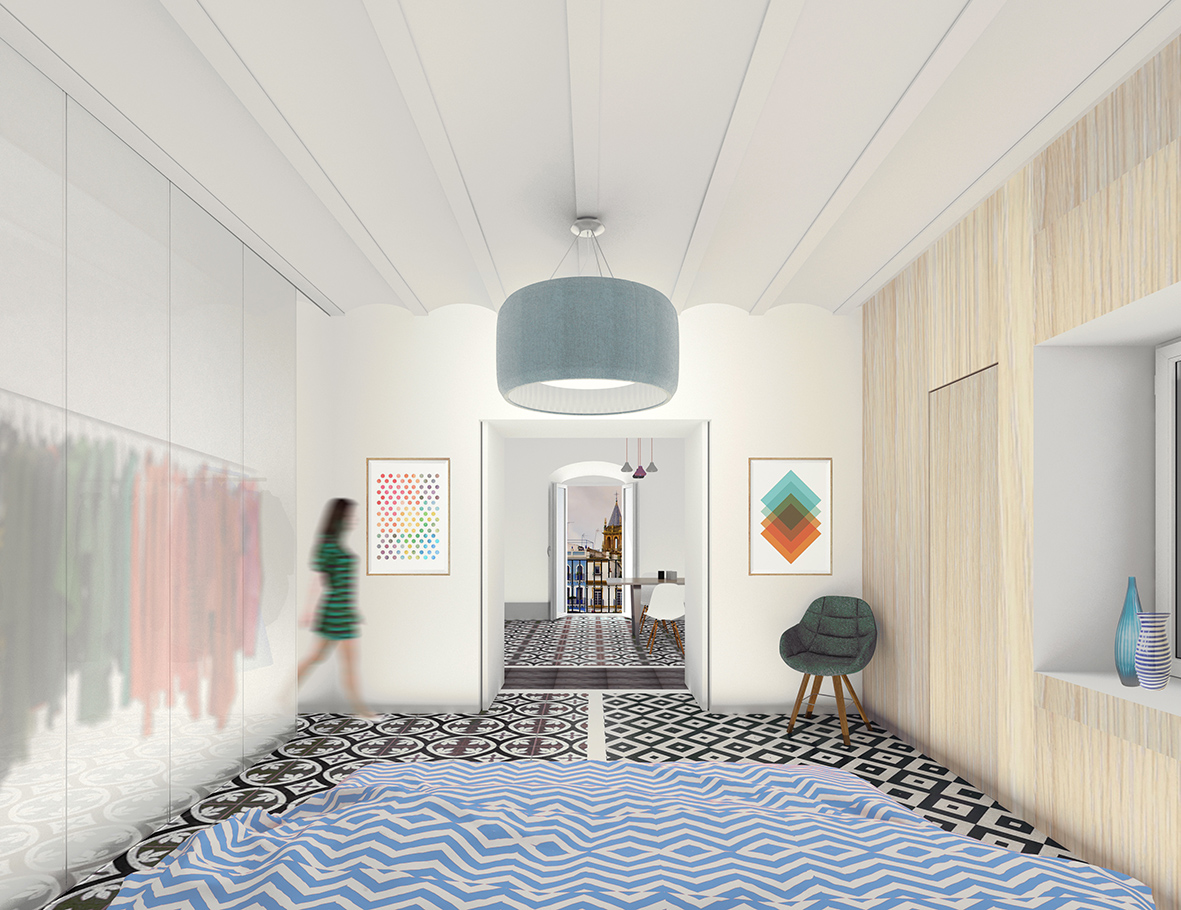