The starting point did not seem very promising. the square is immersed in a built environment that in just half a century is showing clear signs of decline. A state that responds to a long sequence of mismanagement. Disregarding the initial project in countless points, the enveloping buildings are a pale reflection of their original traces. If we add to this the poor quality of materials, neglect in maintenance and the anarchic reforms undertaken by the neighbours we get to understand its premature aging. This intervention arises from the conviction that it is necessary to establish a turning point that brings justice to this place.

A redefinition of the road and parking in favour of green areas was key to the success of the proposal. Over the base layer we overlay a new one of paths that comprises the entirity of the residential complex. Its layout is inspired by the failed original project. Paths connect all of the entries, with reserved access areas for each block. They are distinguished by a different paving, another kind of paving is used to mark the different paths by which you can reach the new building. Despite all these measures we still have plenty of surface left for large gardens. Finally, there is a firm and determined commitment to gardening, completing the ones that already existed and planting where there was none. On the sidewalks trees adopt a carefully patterned pace while in the gardens their location is more free. While this proposal does not intervene on buildings, it does trust that
in this public endeavour to generate a positive answer from private owners.

Sometimes the key to a project lies in the simplest findings. A slight difference, of only four degrees, in the alignment of the two nearest groups of blocks was the humble find that generated the building’s most defining feature. The building is understood as the result of the meeting of two pieces with slightly different alignments. This solves problems at virtually every level, from composition to functional, even structural. The enormous longitudinal dimension of the building, which exceeds one hundred meters, is perceived as smaller by the intersection of blocks in its center. This intersection provides, in turn, a slit from which to access the building, facilitating a centralized communications system. 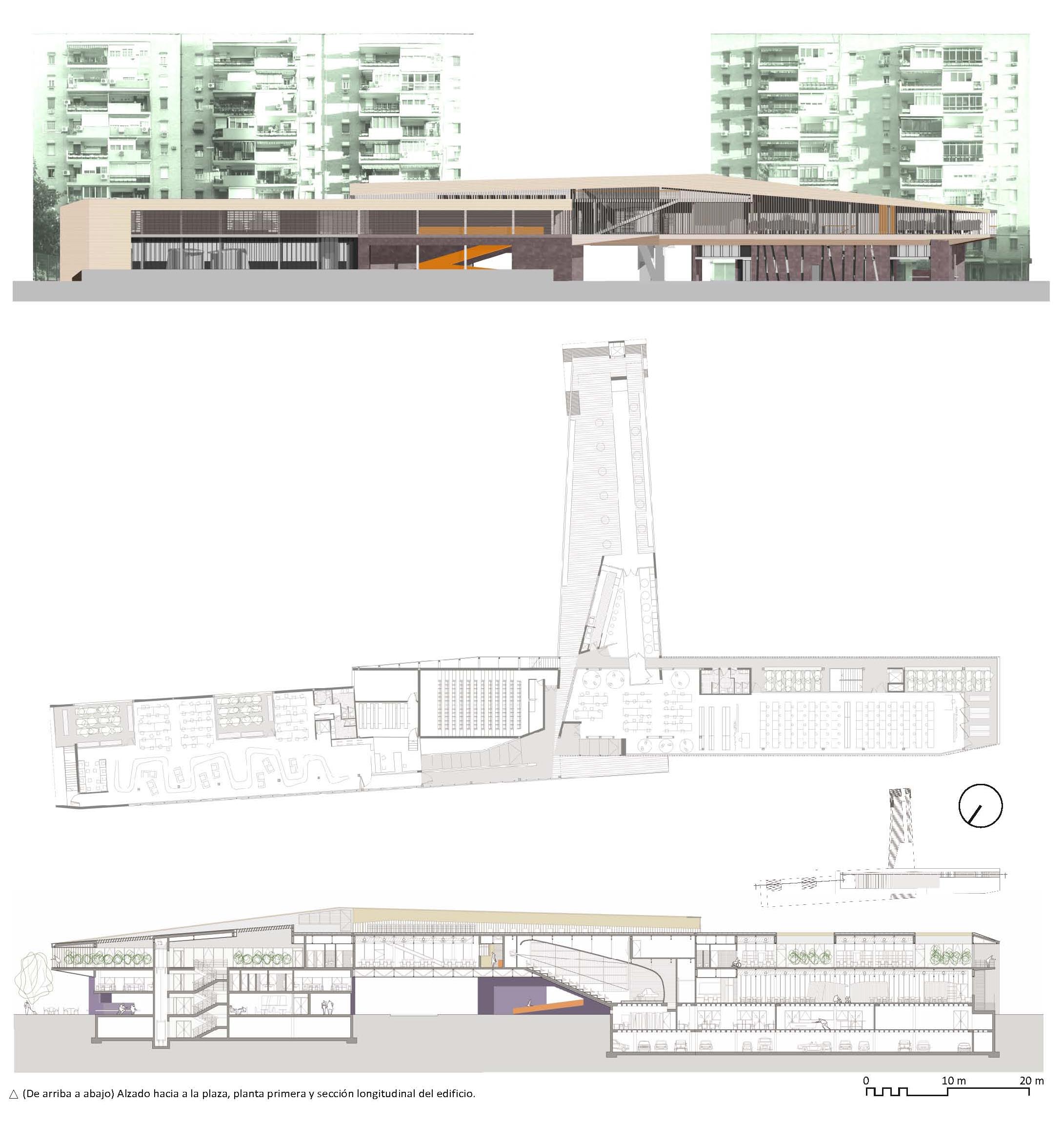 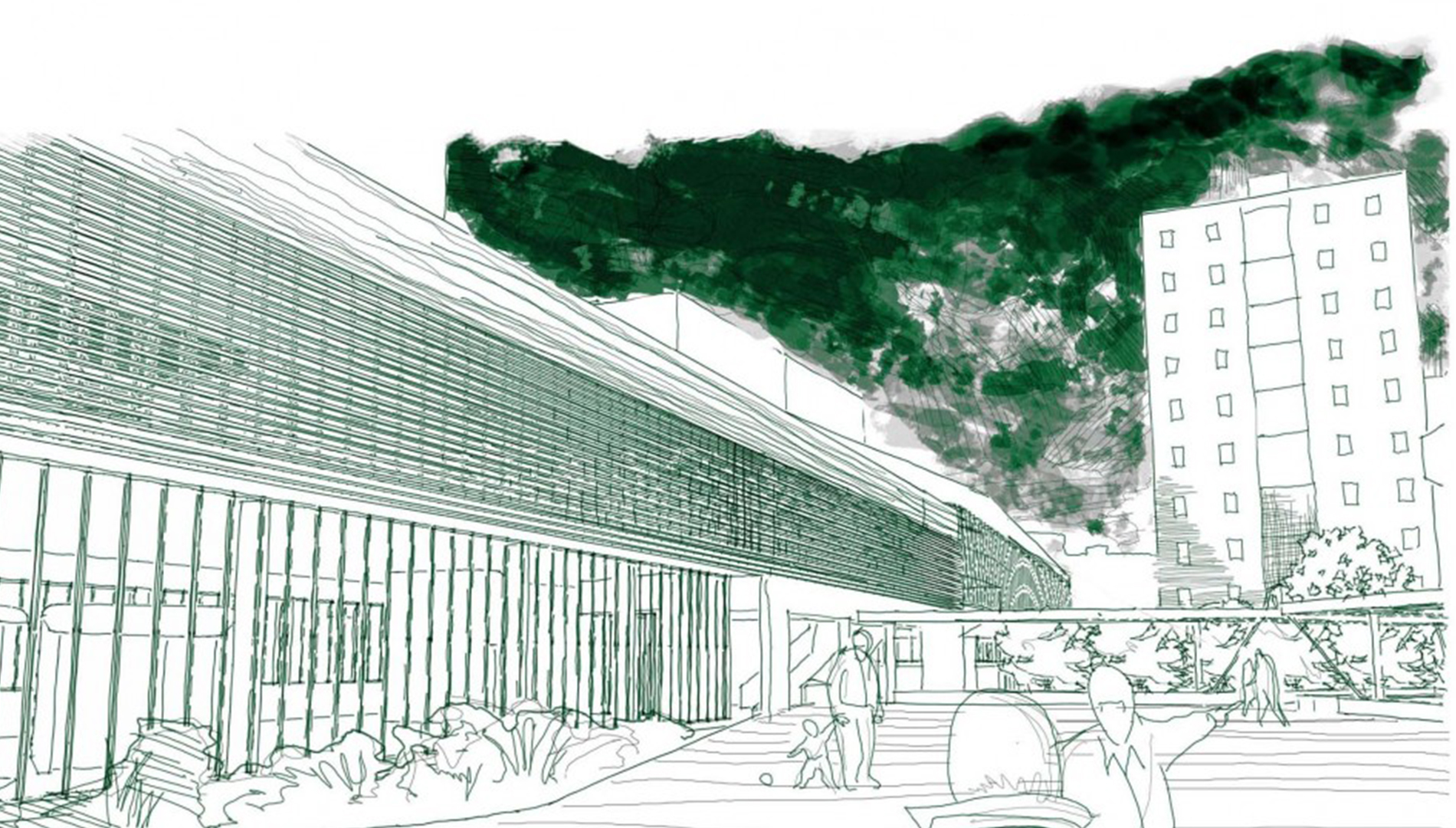