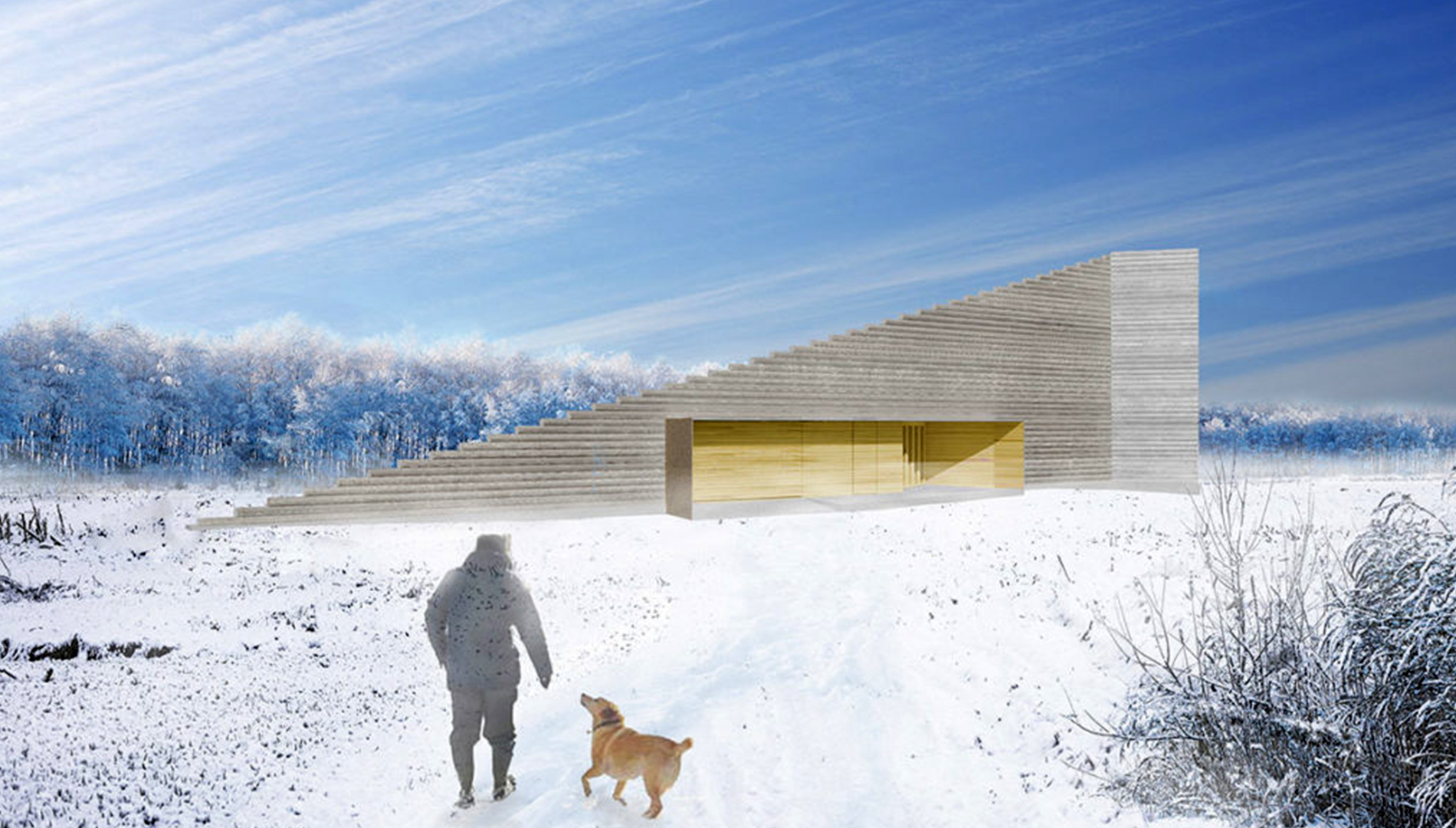 Since its founding, at the mouth of the Neva River, St. Petersburg has served as a port for the ideas that have brought Russia closer to Europe. The 1700’s baroque or neoclassical palaces and the endless avenues are the historic facade that served as a gateway to Western taste. This architectural renewal, which turned the city into a continental cultural and political hub, was not achieved without a cost: the complete erasure of the vernacular tradition. Wooden construction carried a certain poverty complex, never better expressed than in the fake brick wall painted over the log cabin in which Tsar Peter lived at the early stages of the foundation.

The foundational fact turned the town into a gateway to this day. It may therefore come as a surprise that facing the challenge of proposing an innovative model for a country house model in the region, this proposal returns to an earlier tradition. A paradox that is only apparent, given that re-interpretation of ancestral techniques is already general in Europe. This is, in our view, one of the most stimulating of current trends. When it comes to the log cabin, its recovery not only honors vernacular architecture, but also responds to the economic and environmental challenges of our time. But Phalcon House does not stop at emulation, it reinvents the technique of the master carpenters of the North through the contemporary approach.

The triangular floorplan is not capricious, it was chosen in a containment exercise —another of the requirements of the competition— because it is the minimum expression of a inhabitable polygon. Thedifference in heights allows each of its three facades to be unique and differentiated. The inner layout responds to a scheme in parallel stripes that widens towards the base of the triangle. The first, the narrowest, acts as an access filter to the house, with the entrance and the garage. The second occupies the centrality of the home, here is located an open concept room that, inspired by traditional cabins, is dominated by a central fireplace around which the surrounding spaces are organized and heated. The house has two alternate orientations, a summer one, in which the opposite holes ventilate the house and a winter one, facing the fireplace. In the last strip, towards the bottom of the house, we find the rooms of greater privacy, such as the bathroom and the bedrooms, the main one is located on the top floor, with views on the forests of the place.

While conceived as a singular house, there is nothing in the proposal that prevents its use on a larger scale. The house is set on a plot shaped as an equilateral triangle, a simple and efficient way to group them. Increasing in scale from the chimney to the neighborhood, the proposal is a geometrizing exercise effort in which shape and circumstances gravitate around the heat of the home. 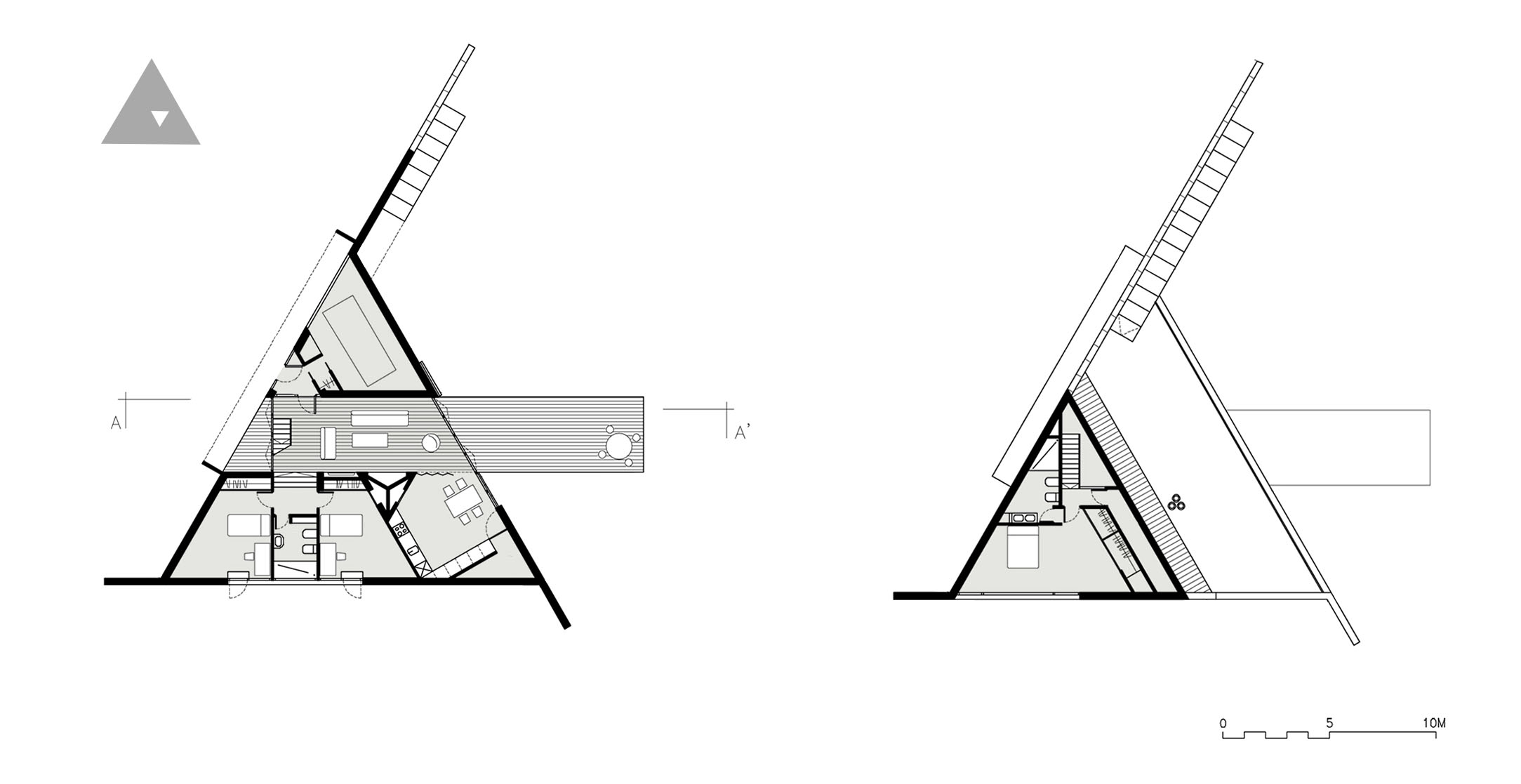 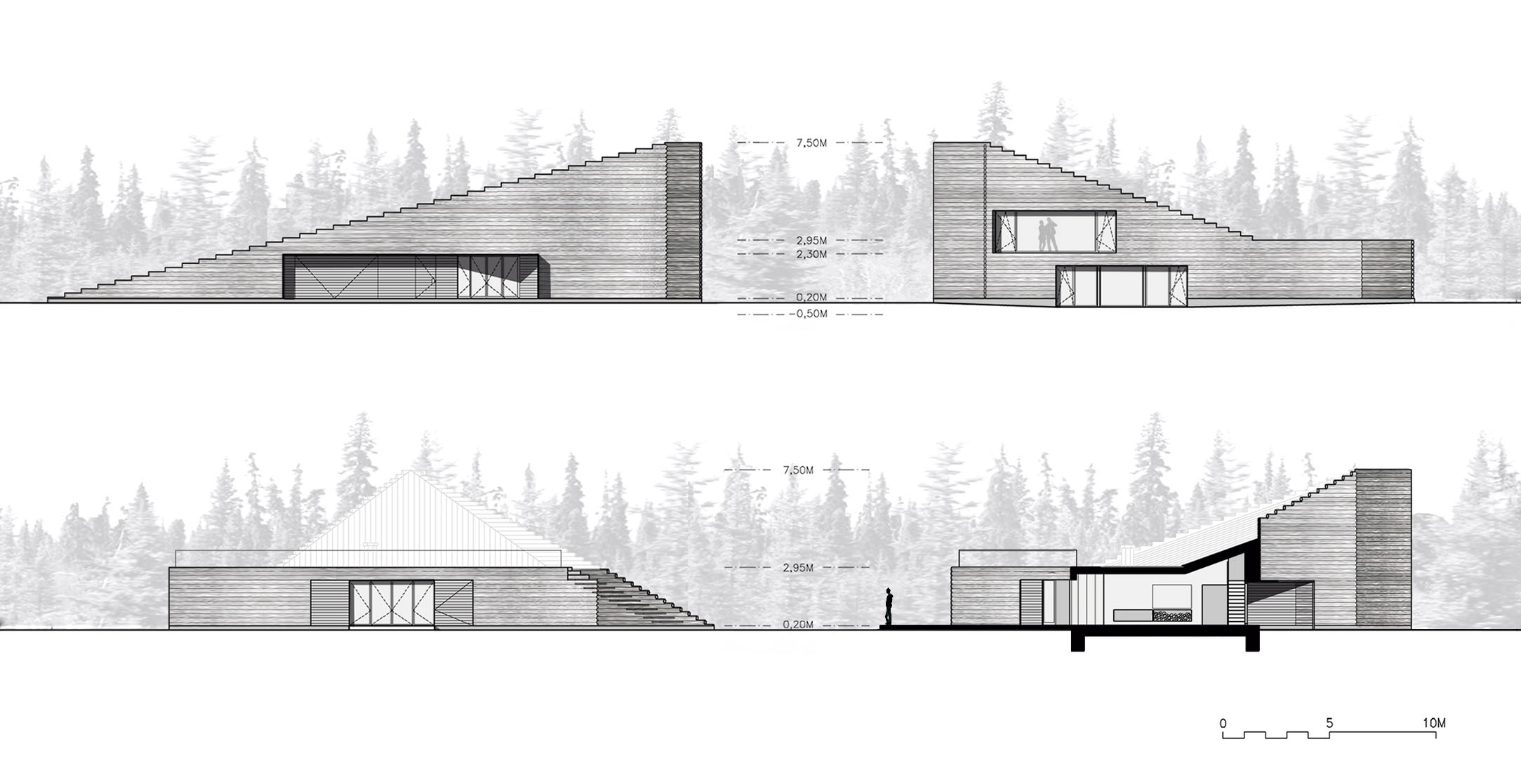 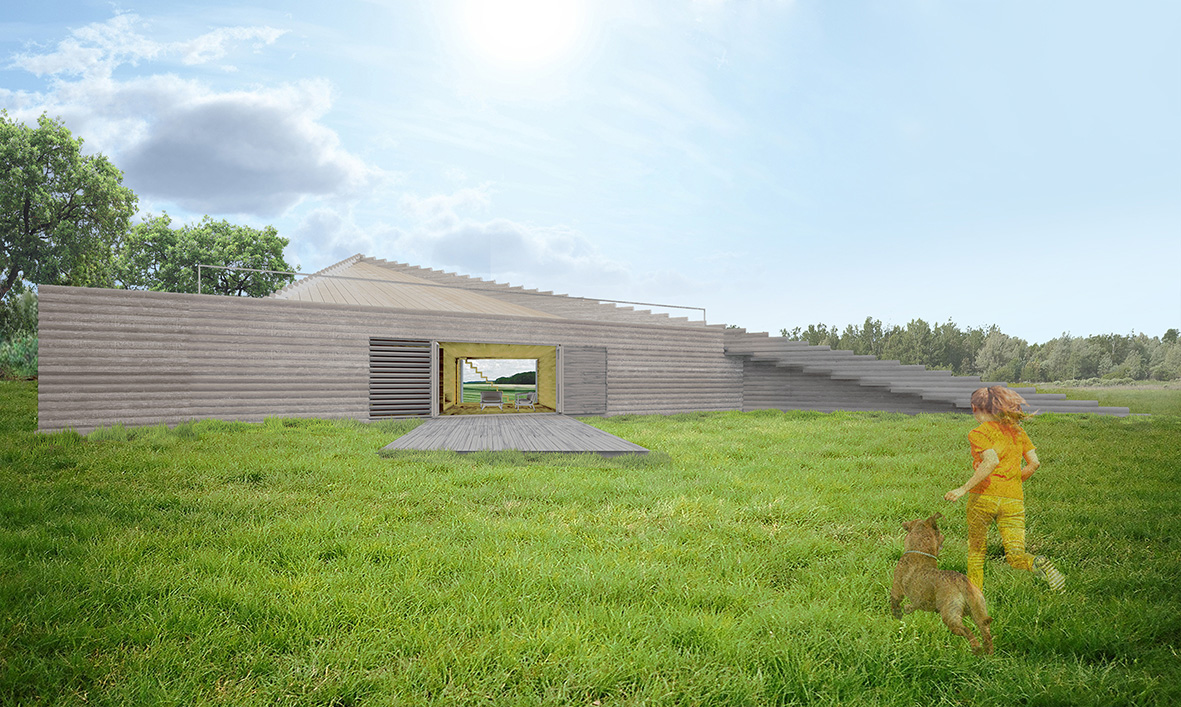