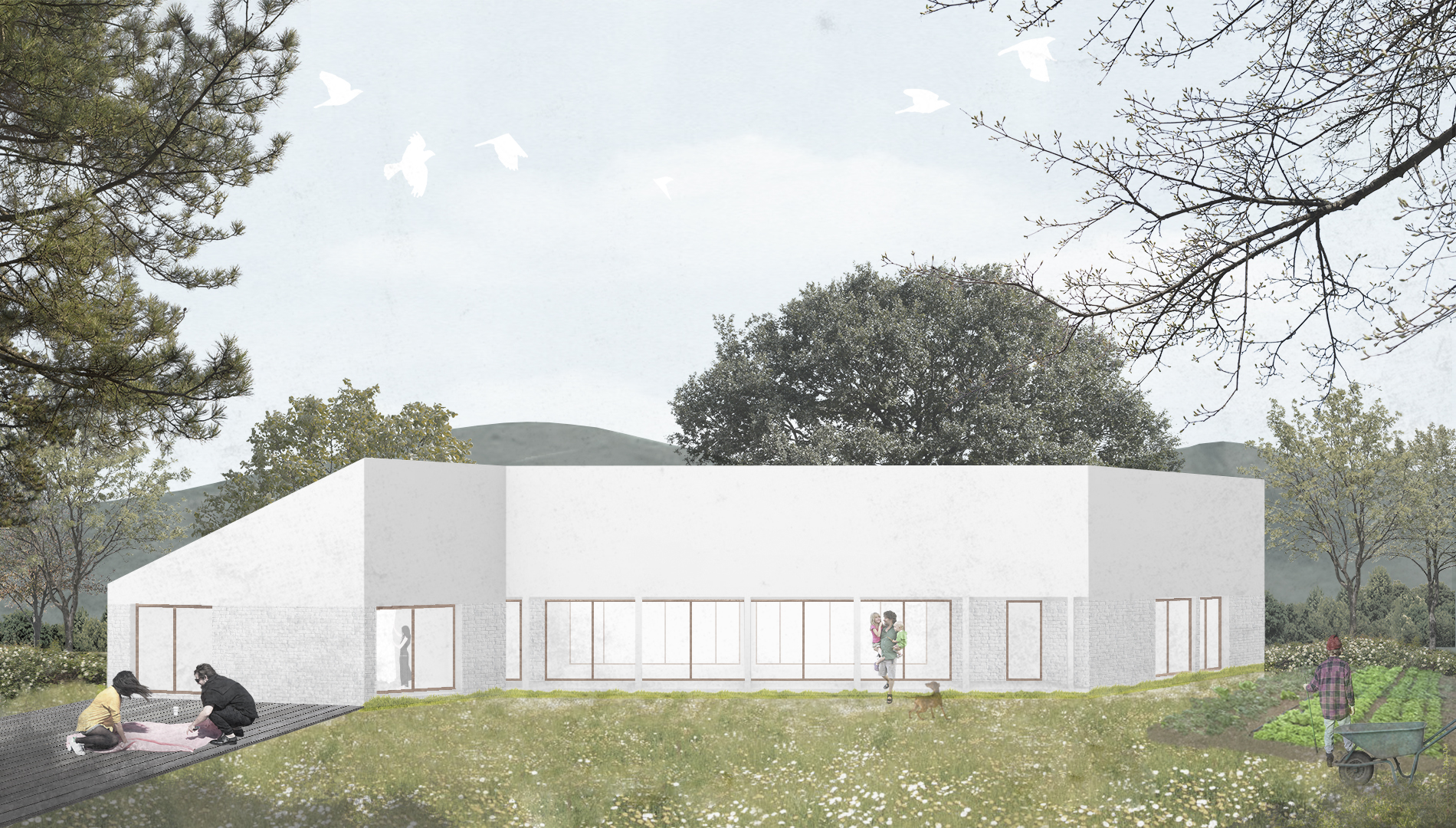 There is a valley in the Sierra de Aracena where three exceptional towns converge: Linares de la Sierra, Alájar and Santa Ana la Real. Next to the latter runs the Barranco de La Presa, which runs close to the homonymous small village. A town composed, practically, of a single street flanked by just over thirty houses. At one of its ends there is an orchard, crossed from east to west by the dividing line between rural land and urban land. In this orchard there are two walnut trees, of the same size, each one at one end of the plot.

One of the walnut trees is next to the entrance, as if protecting it, the other in a corner towards the back, where the urban land widens. The branches of the latter are overcome by the weight and the lower ones already caress the ground, forming a vegetal vault that embraces whoever takes shelter in its shade. We soon understood that the house that emerged from this plot must have a very close relationship with this landmark.

So much so that the vaulted walnut is at the very genesis of the home. At the origin, a crown scheme of pentagonal figures with the tree as its generating center was configured. And if the plot had allowed it, those would have very likely been the traces of the house. Of the eight possible pentagons, those four facing south are chosen, then grouped in pairs. One of them is oriented to the walnut tree, while the other unfolds following the limit of the urban land.

The organization by pairs turned out to be the most convenient, as it is a two-family house designed to accommodate the families of two first cousins. The scheme allowed both to safeguard their privacy and to seek total communication between households, achieving a more intimate coexistence. Only minor adjustments to the conceptual traces were necessary for its adaptation to a domestic program. In each pentagonal pair, one of the figures contains the most private rooms, while the other those where the greatest interaction occurs. As the pairs keep a central symmetry, the meeting rooms of each house are adjoining and can be united through large sliding doors. In truth, this is a home deliberately designed for meeting and socializing.

The openings of these rooms also strengthen a transversal axis that joins the orchard area and the porch, which projects its views to the depth of the valley, with the surroundings of the leafy walnut tree, located at the northernmost end. The porch here also fulfills the function of protecting the openings against direct south sunlight.

On its exterior the house is characterized by the use of local solutions. As is the use of whitewashed brick, which acts as a base, and the white walls of the remaining facade. In general, the house uses a contained palette of materials, in which the brick, the whitewashed wall, the tile and the wood of the slabs and carpentry stand out. Always appealing to the simplicity of local architectures.

Landscaping operations are very punctual, as it is desired to preserve as far as possible the authenticity of the place. The two-family house is only projected to the outside through a platform, designed in wood on stilts, which culminates in a natural pool, also pentagonal in shape. 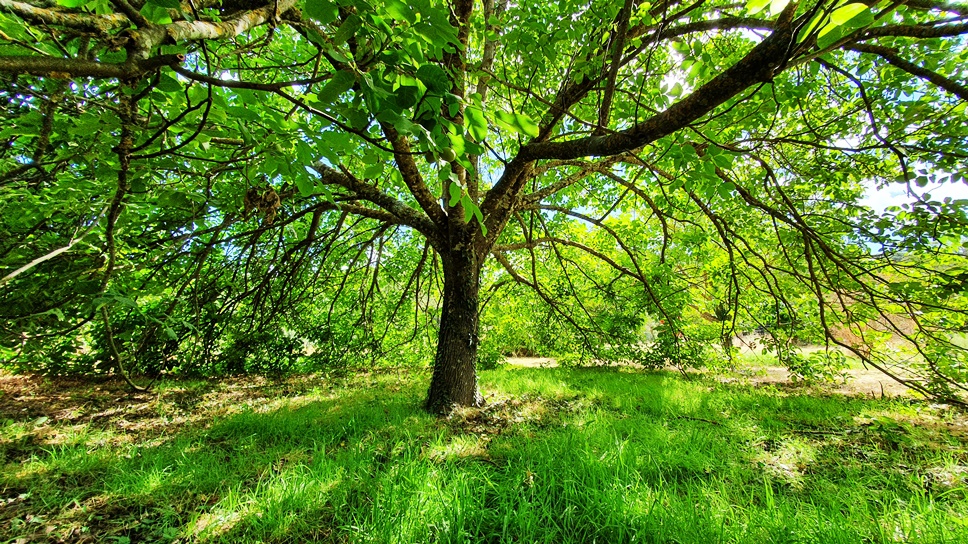 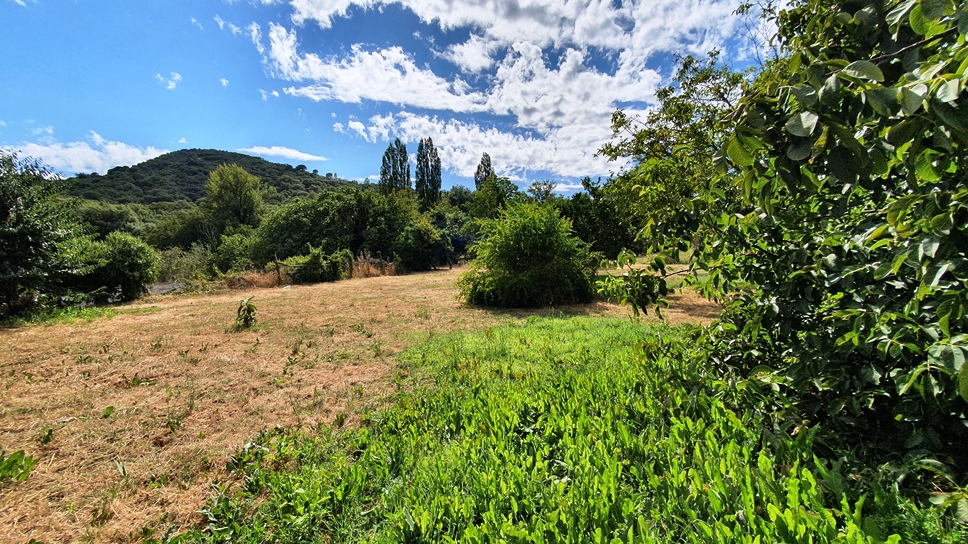 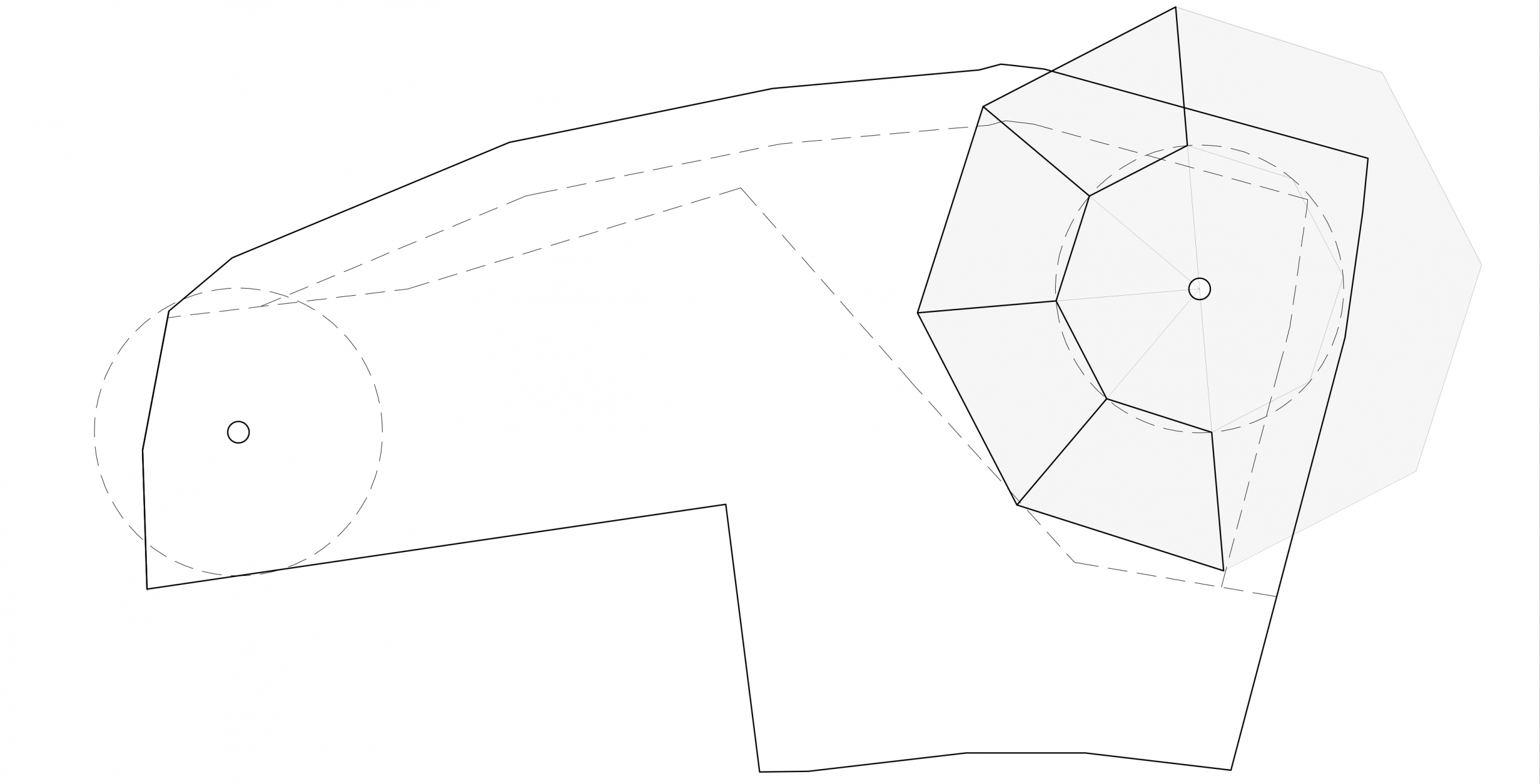 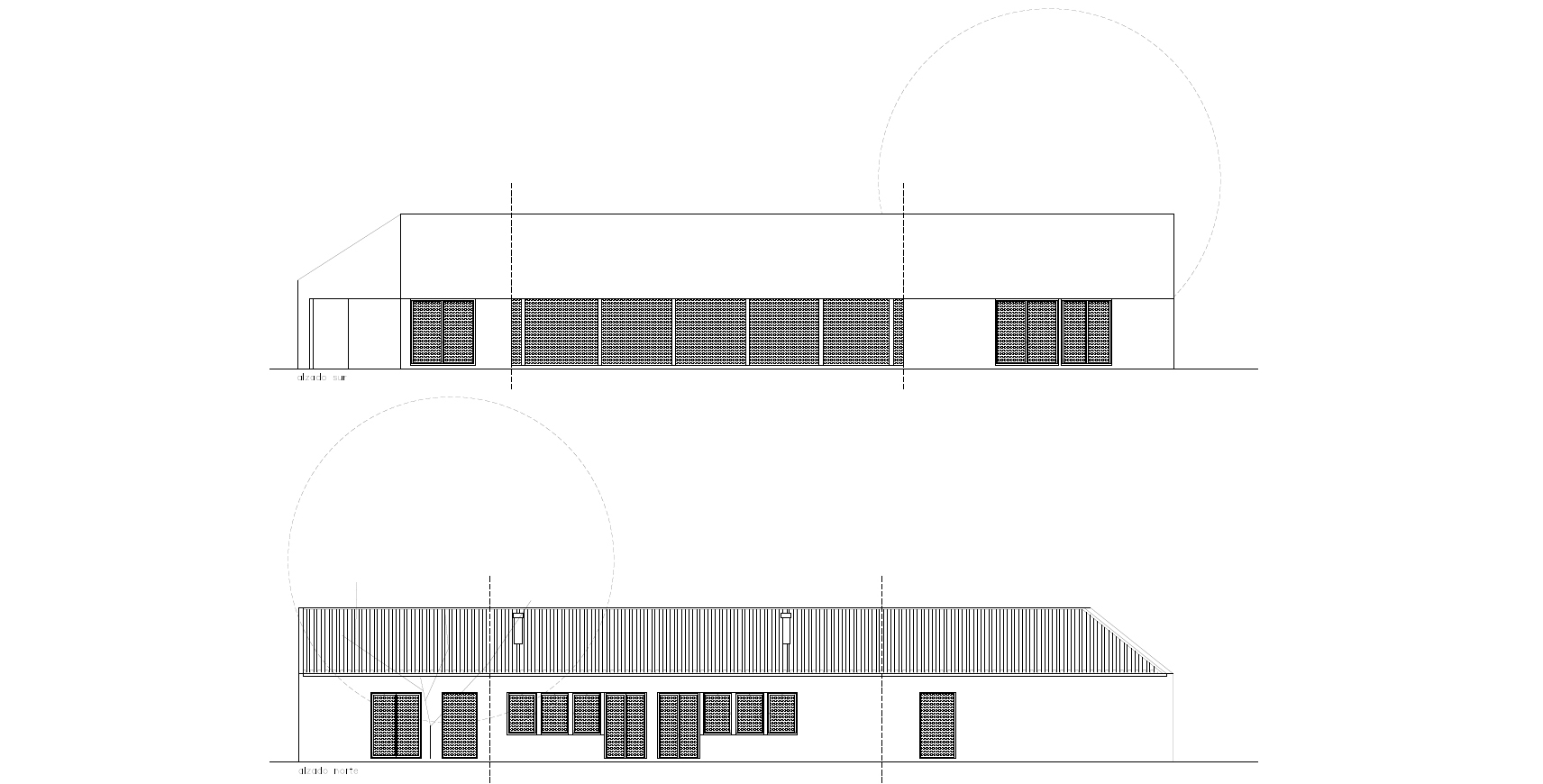 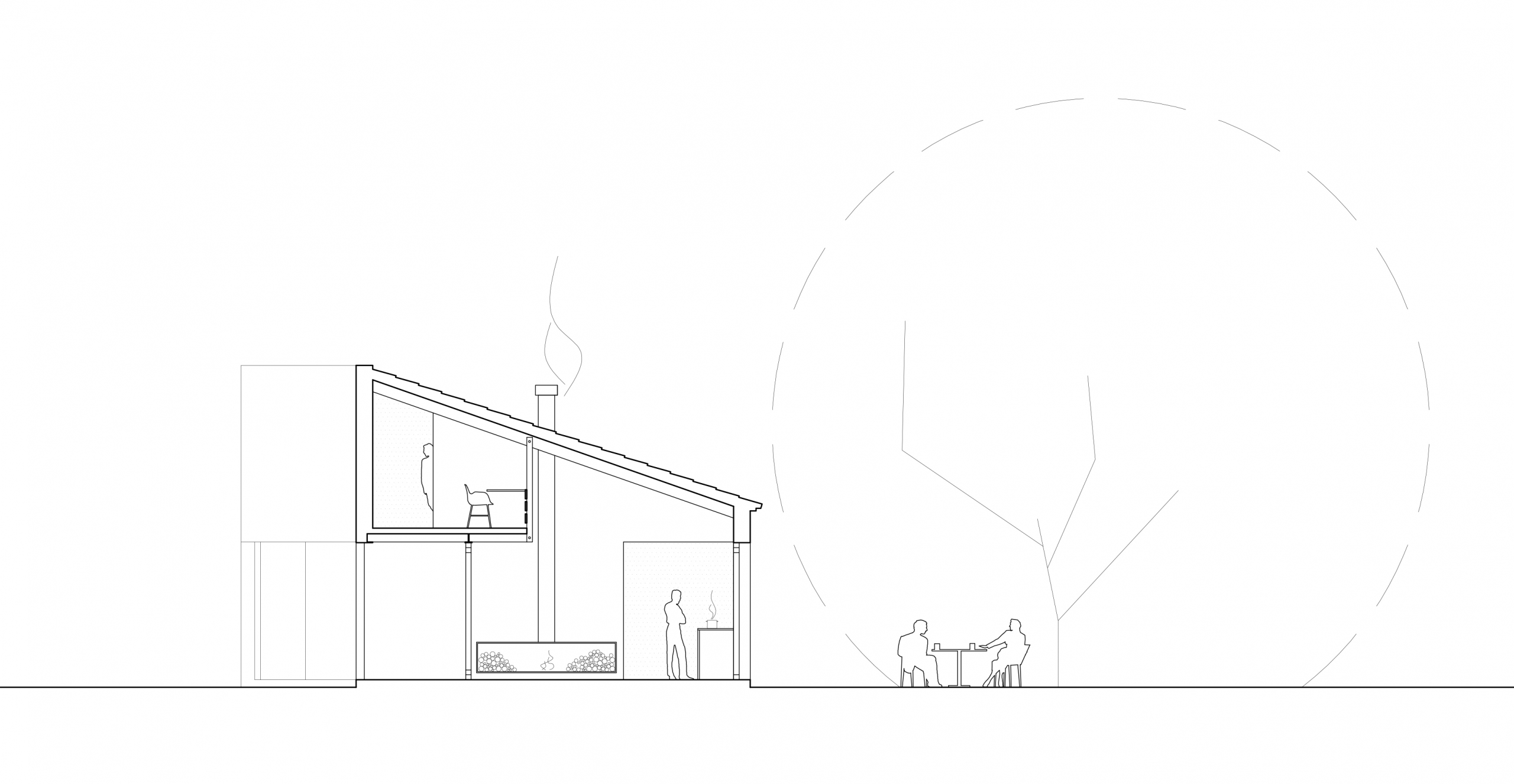 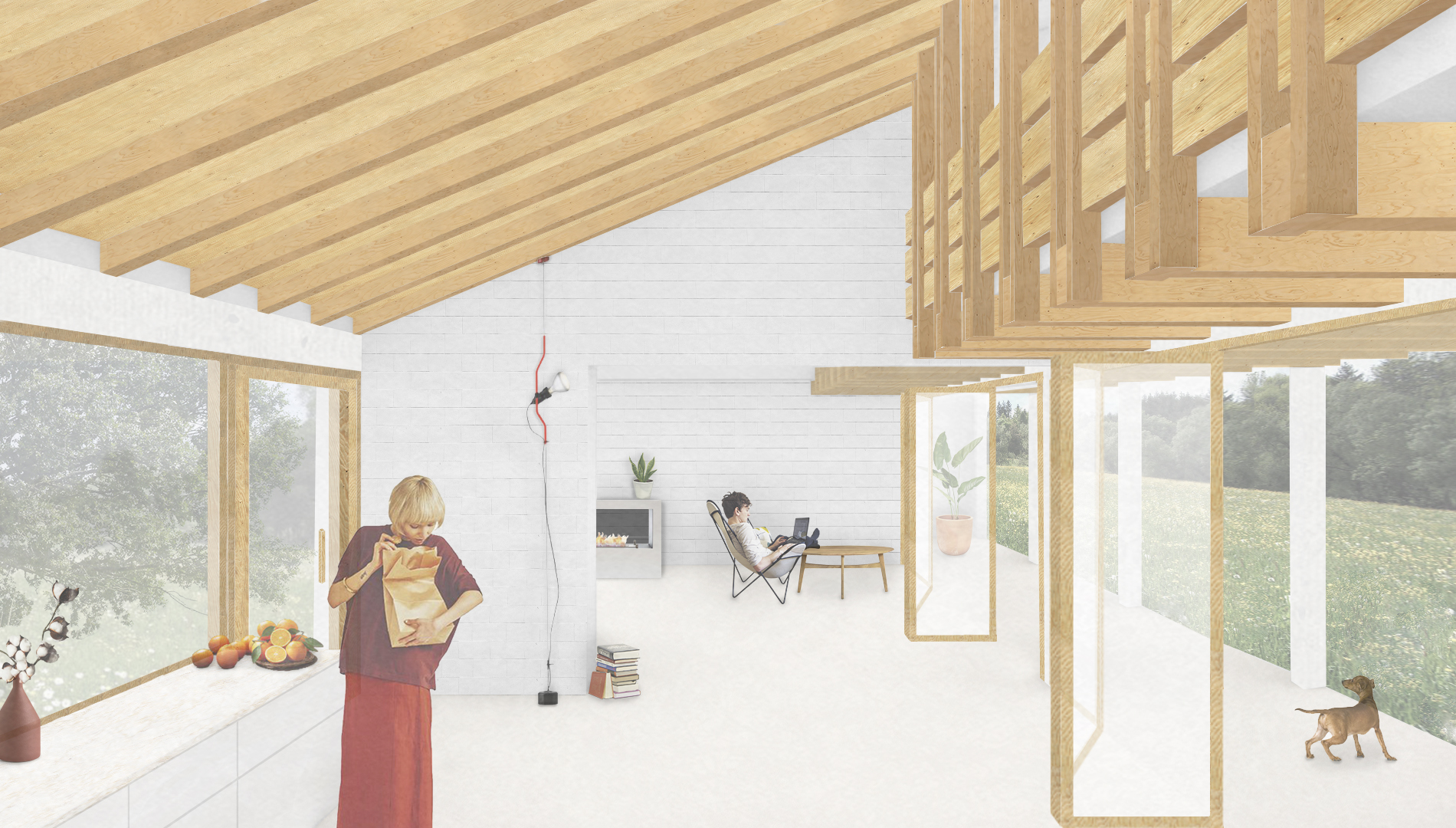